Of all the vegetables, the story of radicchio is most like Beauty and the Beast: a transformation from a wizened mess to an exquisite and on-trend ingredient. 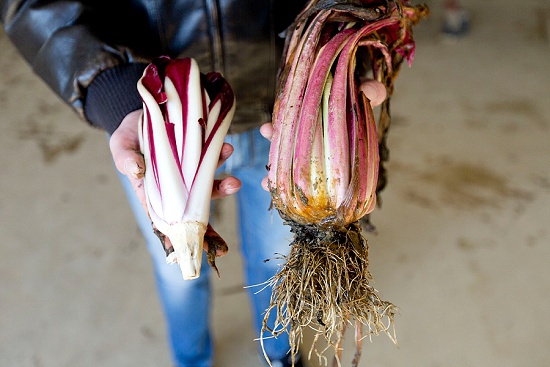 February is peak radicchio season around Treviso, the region in northern Italy where the crop originates. Various varieties are now grown here under a strict Protected Geographical Indication (PGI).

A few UK growers also supply radicchio to the Market, such as a D & J Hayward in Wiltshire, but they tend produce just one variety - the standard round 'Chioggia'.

In contrast, top Italian producer Claudio Bellia grows nearly half a dozen different radicchios, a type of chicory, with total annual production of 500-600 tonnes from a patchwork farm of 200 hectares. 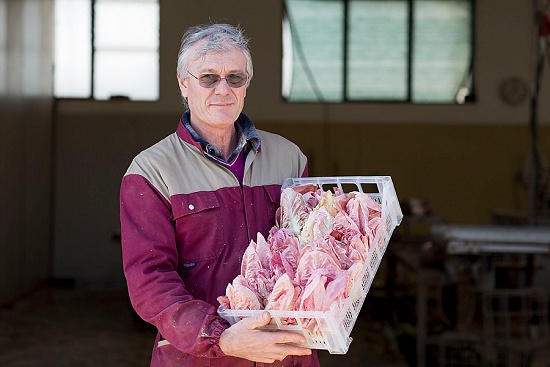 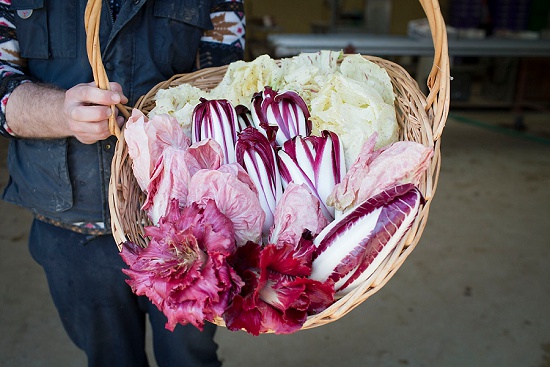 The production process is both intricate and fascinating. The harvest of Tardivo, the later variety pictured below, begins in November after one or two frosts. (The cold snaps benefit the plants). The season then continues to late March. 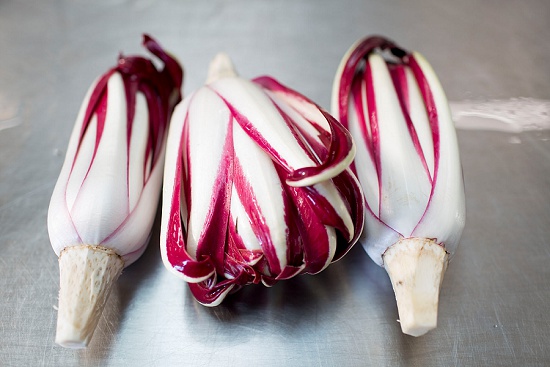 The plants are harvested from the fields and stored temporarily in sheds.

Next, the workers pack the plants into special metal crates so that the roots can be immersed in water in the dark for 15-20 days. This pure spring water is pumped from a natural lake deep underground and emerges at around 16-17° Celsius. 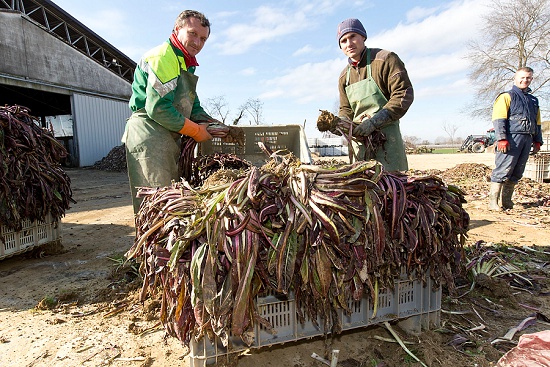 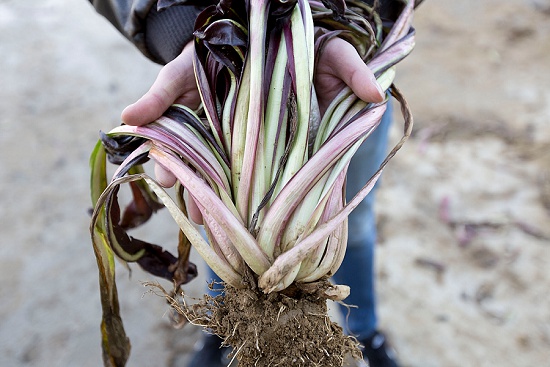 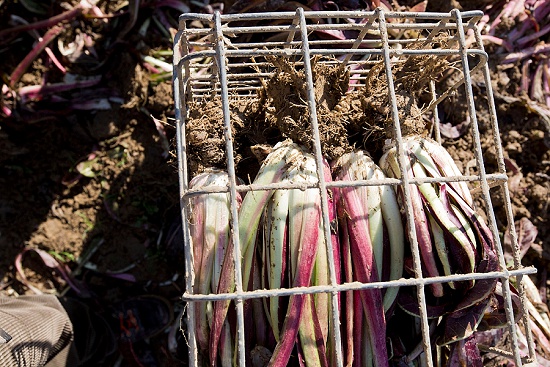 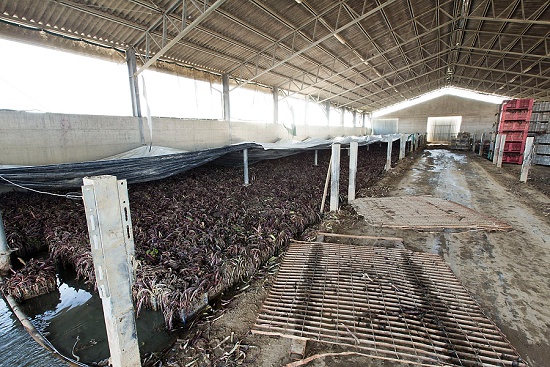 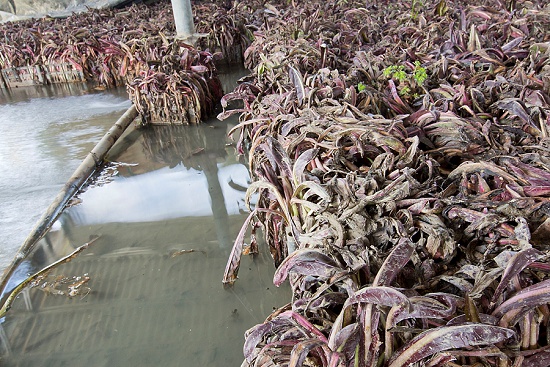 This stage encourages the heart of the plant to grow without exposure to sunlight and is called "imbianchimento" (whitening). The inner leaves lose their green colour and slight bitterness, which derives from the chlorophyll, and turn their distinctive shade of red and become somewhat sweeter as a result.

After a couple of weeks, the radicchio is taken to the pack house, where workers strip off the outer leaves. 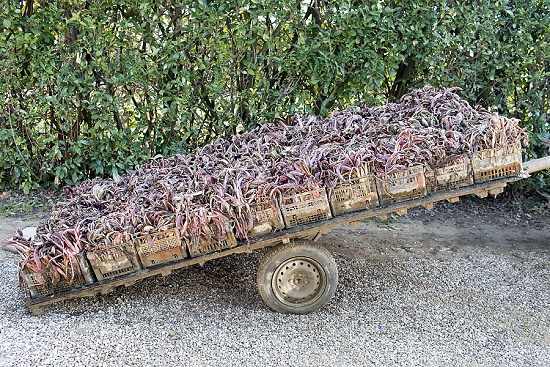 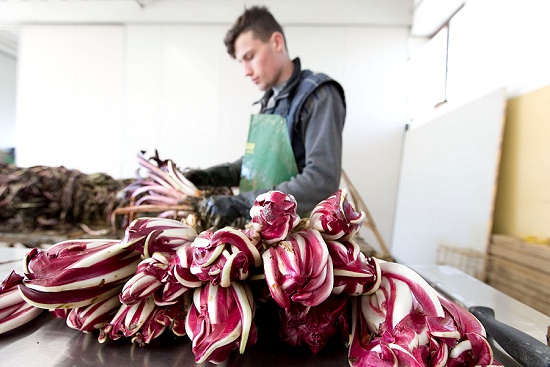 The roots of the plants are trimmed to 8-10cm and then the radicchios are cleaned in water. 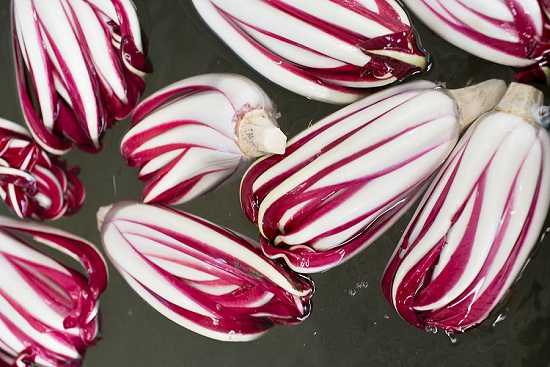 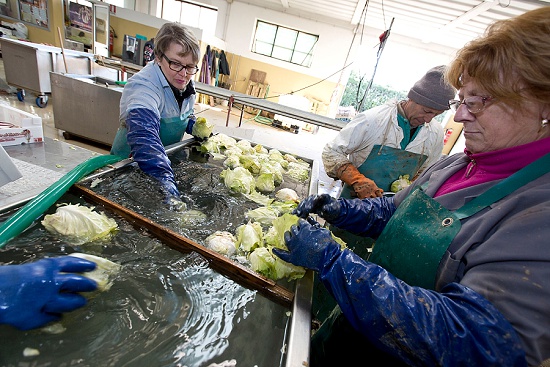 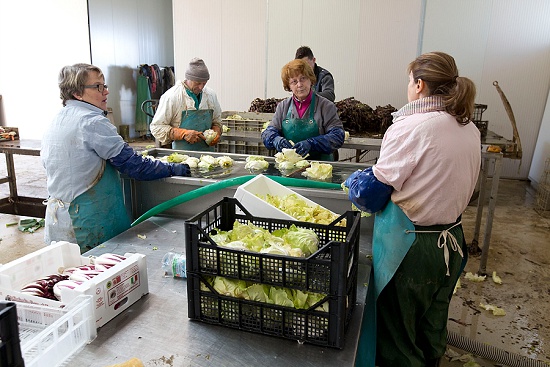 The next step is a final checking and trim by owner Claudio Bellia before final sale. 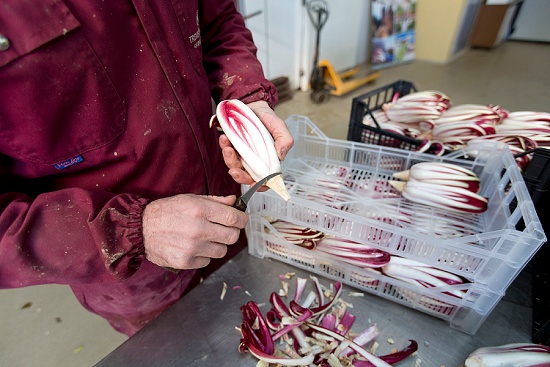 Other key varieties of radicchio are detailed below. Precoce is an earlier variety. The main harvest period is from early September to late November, although it can be grown all year round using techniques such as fleecing.

Precoce does not undergo the same forcing process in water as Tardivo. The outer leaves are tied up in the field, shielding the heart from sunlight. 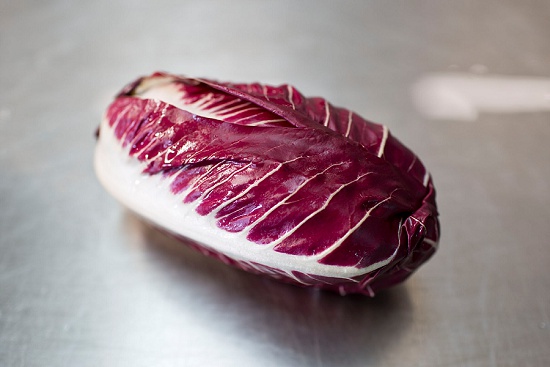 Castelfranco is famous for its speckled (a.k.a. variegated) leaves that dazzle after a period of blanching. This plant is said to be a cross between radicchio and escarole. 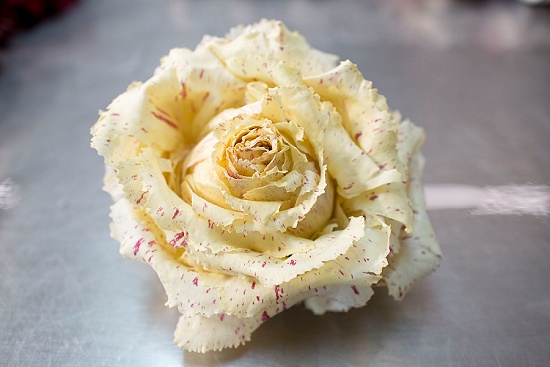 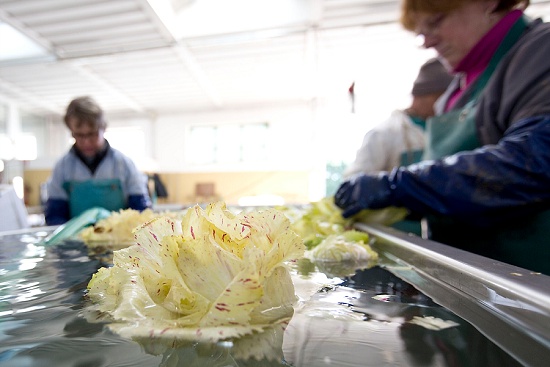 Rosa del Veneto is known for its gorgeous, pale pink leaves and is available all year round. 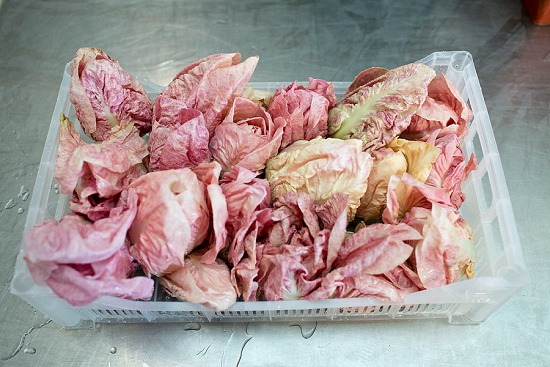 Rosa del Friuli is becoming increasingly fashionable. This stunning plant, with its jagged leaves, is in season from mid December until mid February. 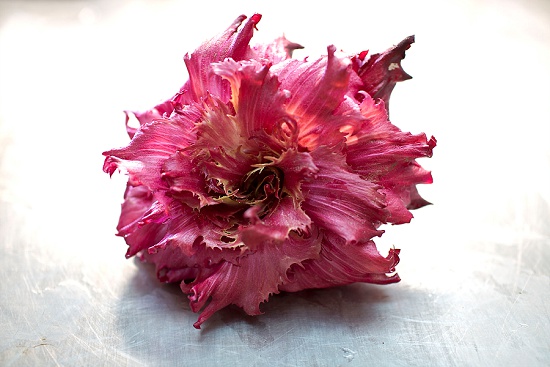 At the end of January, the area around Treviso begins its celebrations of the radicchio harvest, including a festival in the epicenter of Dosson. Most production is by small family growers and radicchio is widely available at the roadside. 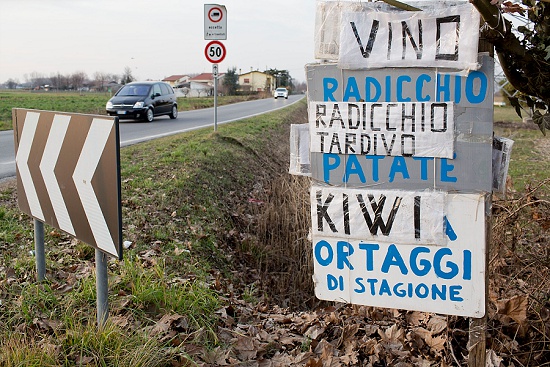 At home, many locals eat radicchio daily. "My mother makes radicchio every night between November and March," says my guide Giorgio Terzariol, with a sigh.

Typically it is eaten raw in salads. (In contrast to the UK, salads in Italy are often made with just one ingredient). The radicchio is dressed with a little olive oil and salt, and occasionally vinegar.

Other typical recipes include radicchio risotto, radicchio with sausage and polenta, grilled Tardivo or Precoce or radicchio wrapped in bacon. Giorgio has also enjoyed radicchio on pizza, in lasagna or with squid, which is a traditional Christmas dish.

In restaurants such as San Martino, radicchio is given the full Michelin treatment. The first picture below shows radicchio wrapped around "Pastin", a local sausage, and bacon wrapped around raddichio; the second the famous risotto. 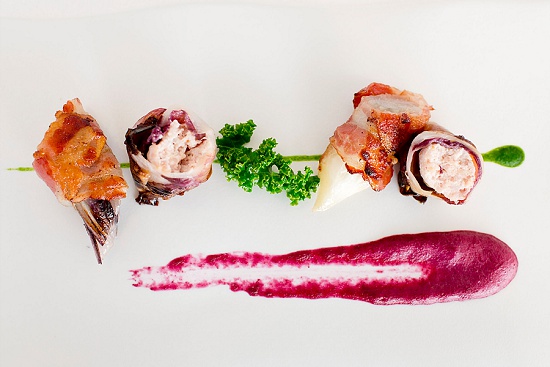 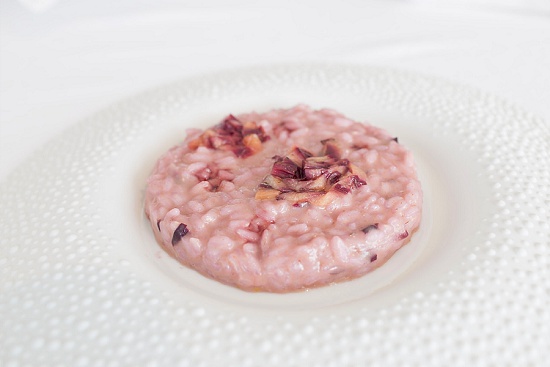 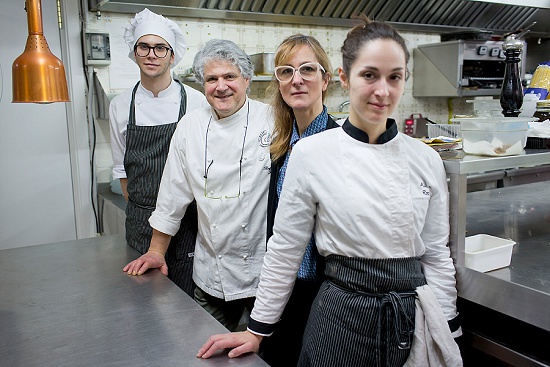 Radicchio is even used in desserts, such as in semifreddo, in tarts, candied or for jam. Another chef, Francesco Benetton, offers a good tip for grilling it - plunge the radicchio in a mixture of water and red wine first.

He advises a similar treatment for Castelfranco: dip the leaves first in a mixture of white wine and water and then wrap a parcel of cheese before baking in the oven.

Later that night, around 500 people attended a radicchio banquet as part of the 30th Radicchio Festival in Dosson. The evening kicked off with a glass of prosecco and canapés of deep fried radicchio in batter. 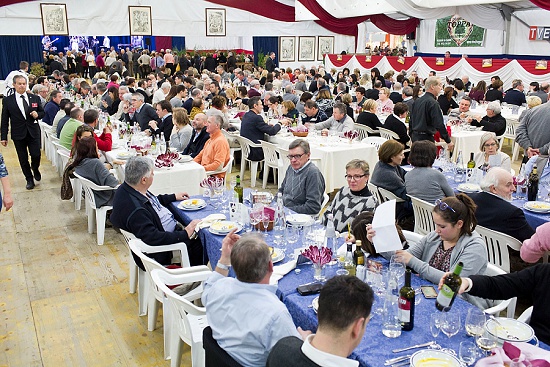 It's fair to say that the Italians around here are obsessed with the stuff. There's painted placards and even - would you believe it - a local beer flavoured with radicchio. 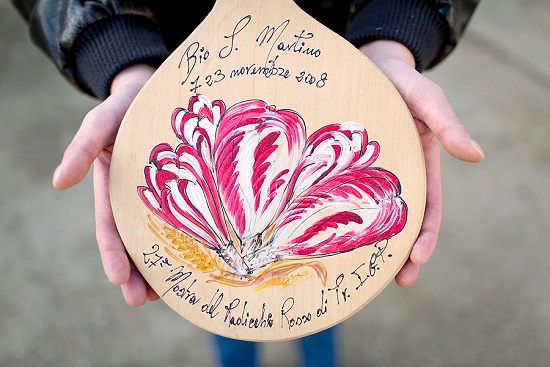 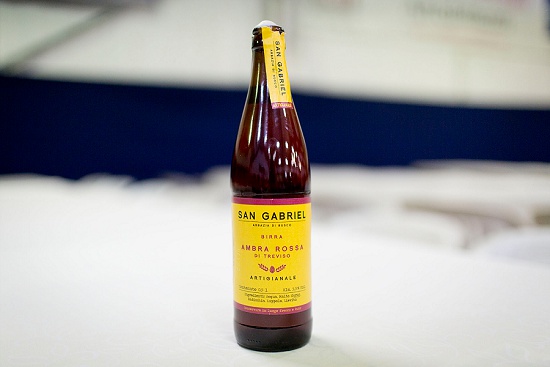 Radicchio is available from a wide range of wholesalers at the Market, including Covent Garden Supply, French Garden and European Salad Company. 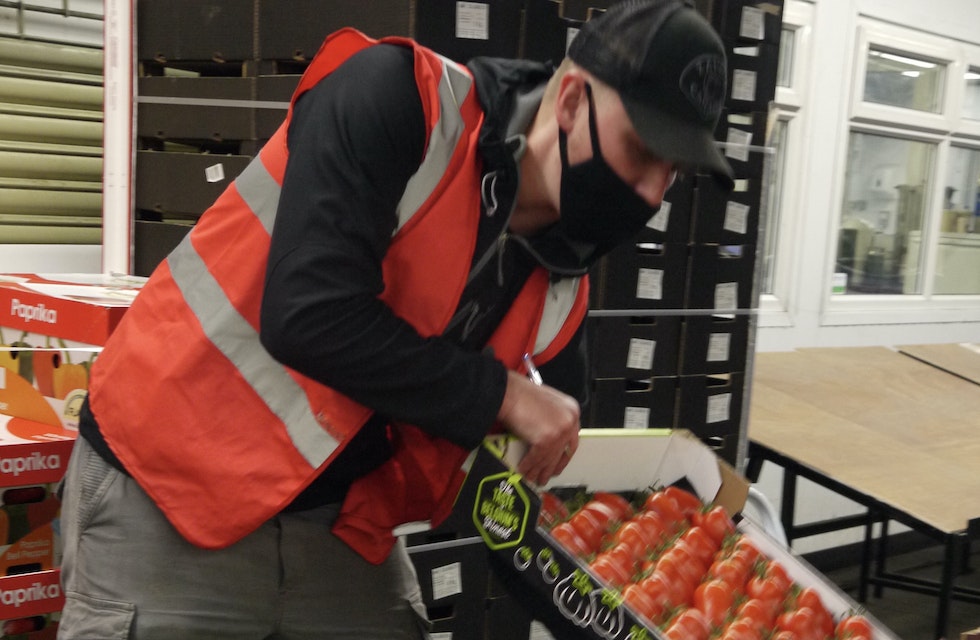 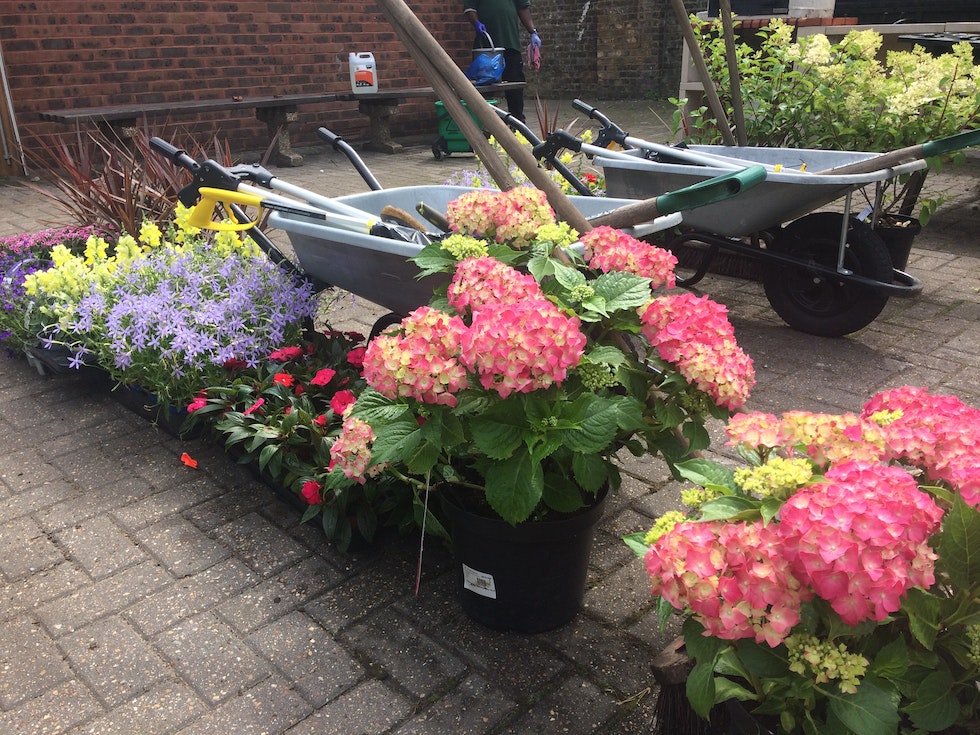 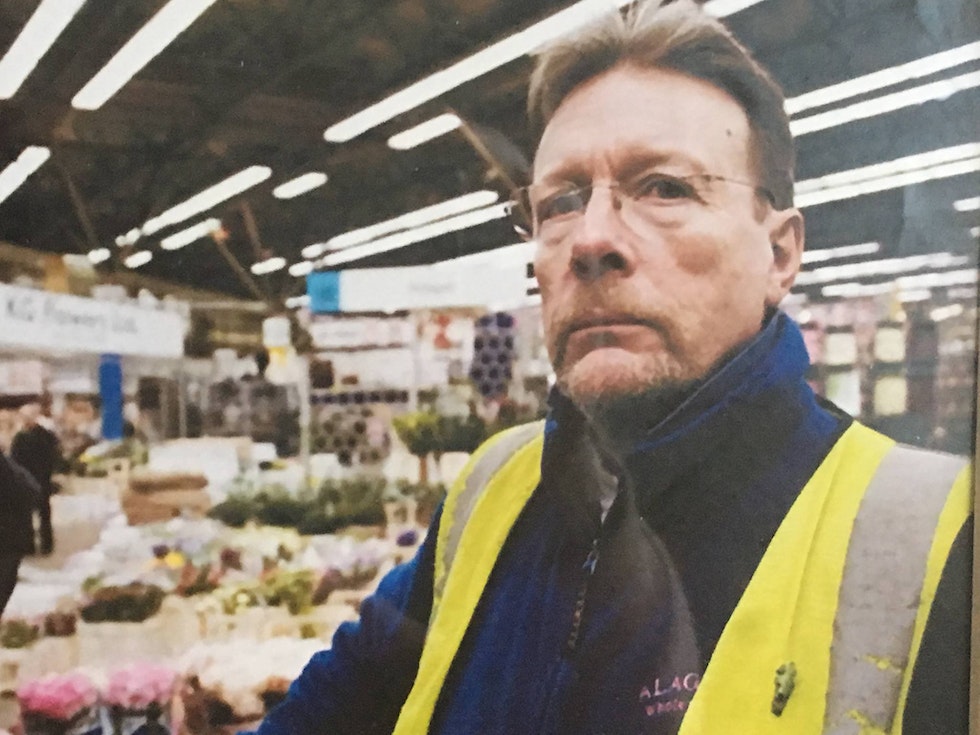