This month, we're going to take a look at a spring flower which appears to be having a renaissance lately...the fritillary. With natural, informal floral designs being 'on trend' at the moment, these distinctive blooms are a wonderful addition to this particular style of arrangement. 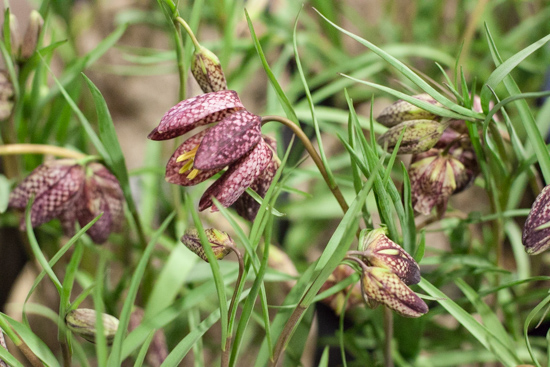 From the Liliaceae family, the name Fritillaria is derived from the Latin word 'fritillus' meaning dice-box, many of which used to be chequered.

Fritillaries, as cut flowers, are usually available from February to May, with the peak season being April and May. Many come into the Market from Holland, with some of them being grown in Israel.

Fritillaria meleagris plants are generally available from Christmas through to March.

The species name 'meleagris' comes from the Latin for guineafowl, the speckled markings of which the flower resembles. And the common name is snake's head fritillary.

Fritillaria meleagris has nodding bell-shaped flowers at the top of its short stems. And its petals are chequered, and burgundy and white. 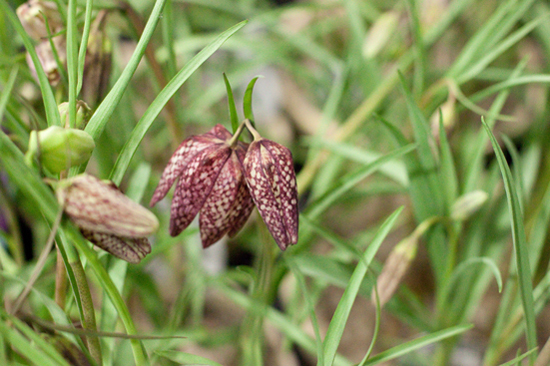 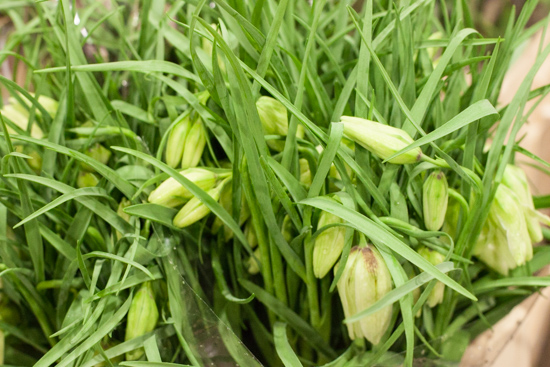 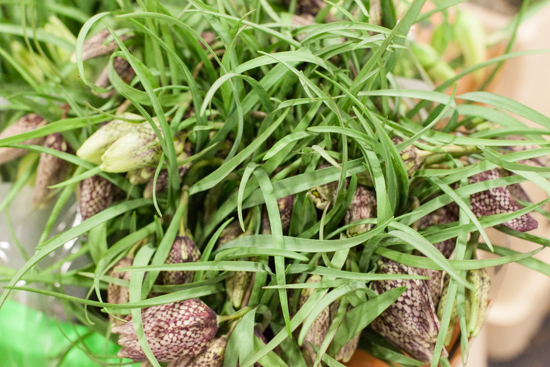 Fritillaria persica, or Persian lily, as it's sometimes known, has tall spires of conical maroon and green flowers. 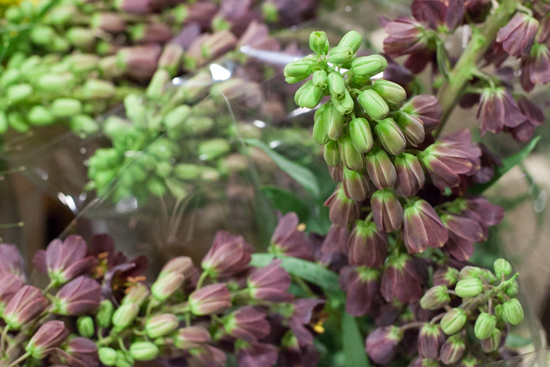 Fritillaria acmopetala has bell-shaped flowers, which are pale green and tinged purple on the inner tepals. 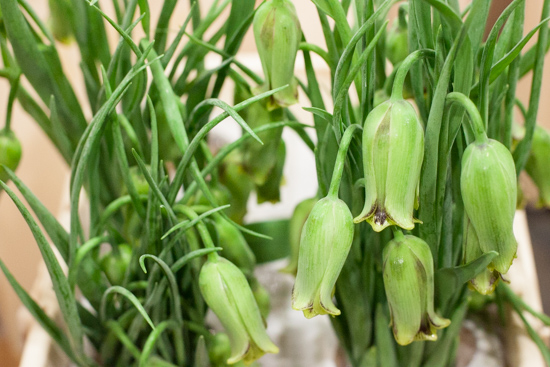 Fritillaria imperialis 'Orange Beauty' has bell-shaped orange flowers, beneath a crown of bracts. 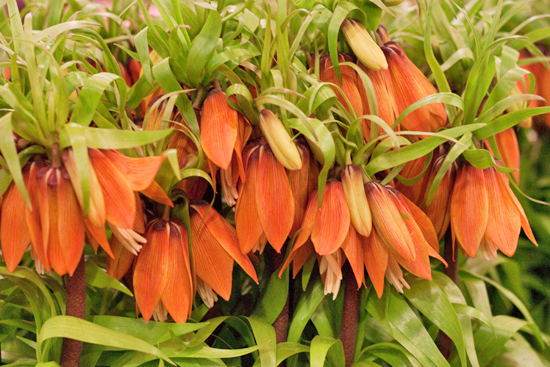 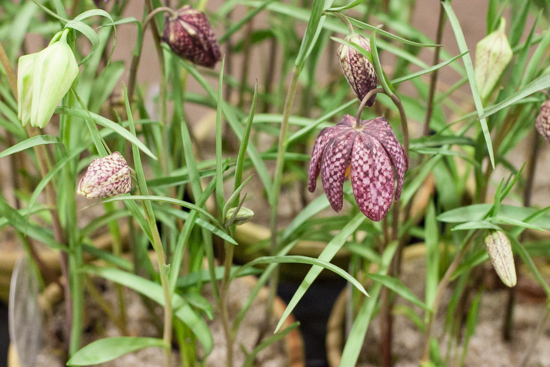 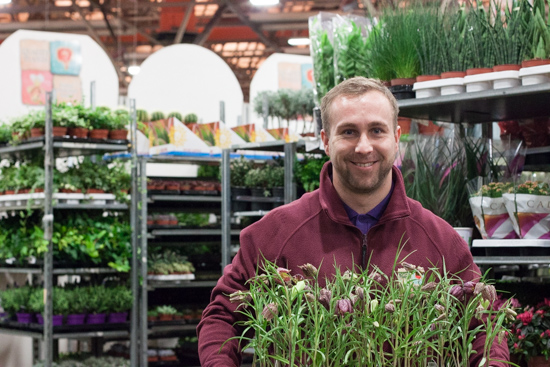 Be aware that certain species of Fritillaria have flowers that emit an unpleasant scent. In particular, Fritillaria imperialis. So, they're best used in spaces where people will not be close enough to smell the musky blossoms.

Fritillaria meleagris are perfect for small designs like posies for a spring bride or bridesmaid, buttonholes and corsages. They also look fabulous arranged on their own, grouped in an array of assorted vintage glass bottles.

As they're larger, Fritillaria persica are ideal for vase designs and can add fabulous movement to arrangements.

Here are some examples of beautiful floral designs featuring fritillaries... 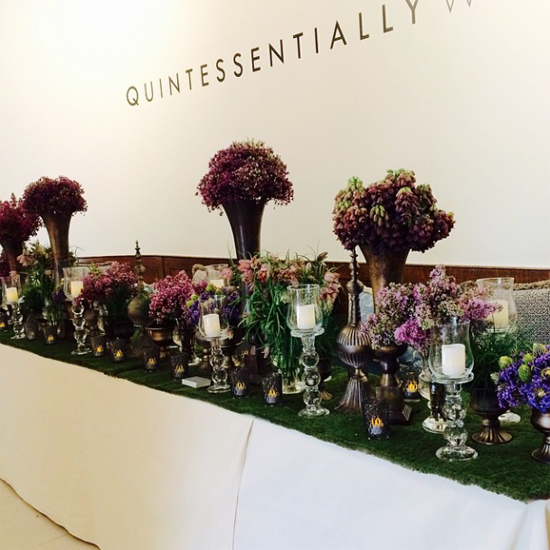 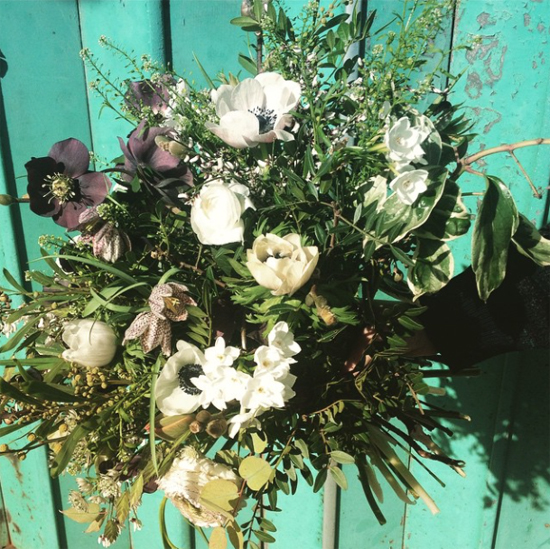 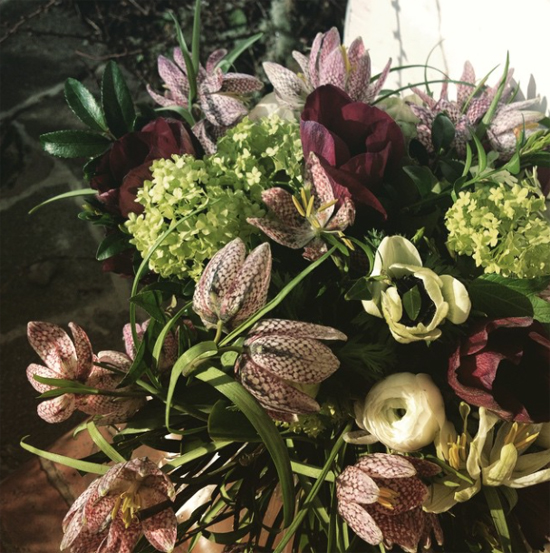 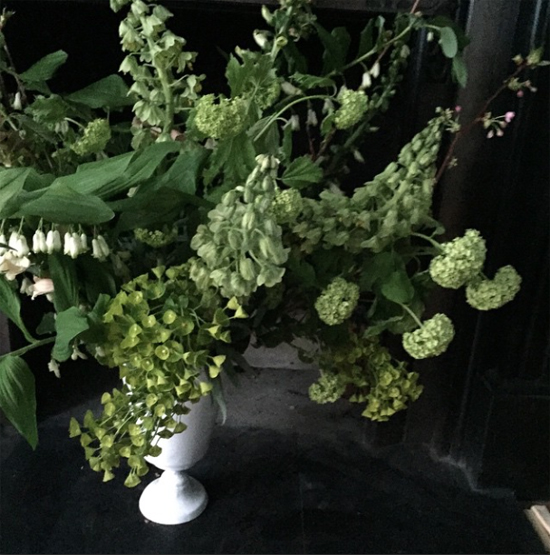 We'd love to see photos of arrangements that you've made using fritillaries from New Covent Garden Flower Market. Simply send an email to info@cgma.co.uk, stating your company name and website address. Or if you prefer, you could post your photo on Twitter and copy us in, by including @MarketFlowers in your tweet. We'll then upload your photos into this section. 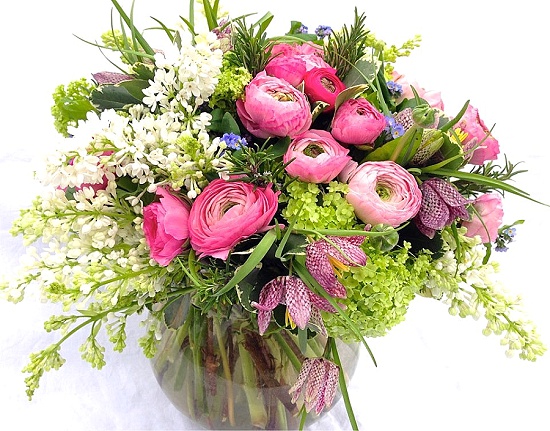 I hope you've enjoyed reading this month's Product Profile Report. Please do ask away below if you have any questions or would like to make any general comments. As always, we'd love to hear from you.

P.S. Did you know that Fritillaria meleagris is the county flower of Oxfordshire?