It's always a pleasure to bump into a cheerful Alfie Lay, a Market veteran, on the Buyer's Walk. This time he's on the hunt for top-notch clementines, a festive highlight, for the many chefs that he supplies.

"People buy with their eyes, so you're always looking for a bit of colour," he explains, with a hint of regret. 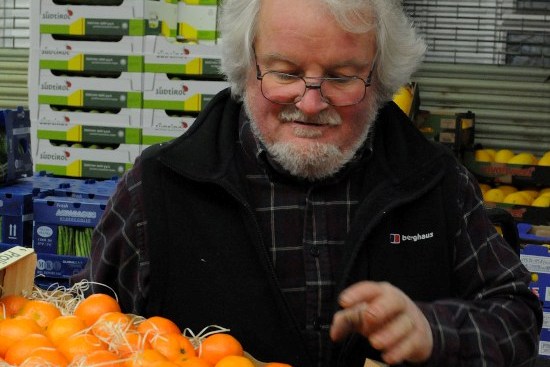 As an aside, he says that the British fondness for the looser-skinned satsuma is a peculiar trait. Apparently the fruit is not popular across the rest of Europe.

These days, much imported citrus fruit is ripened using ethylene gas. Yet the best flavour is often to be found in naturally ripened fruit, which may display a flash of green skin.

At Covent Garden, thankfully, many traders also sell this 'natural fruit', including trader H G Walker, where Alfie loads up on his clems.

For other fruity options, native apples and pears are abundant on the Market, including Cox, Braeburn, russets and Bramley.

British-grown soft fruit is all but over. Blackberries, for example, are now often from far-flung Mexico.

Cranberries and chestnuts are keenly priced, alongside figs and dates, the latter often from Tunisia. 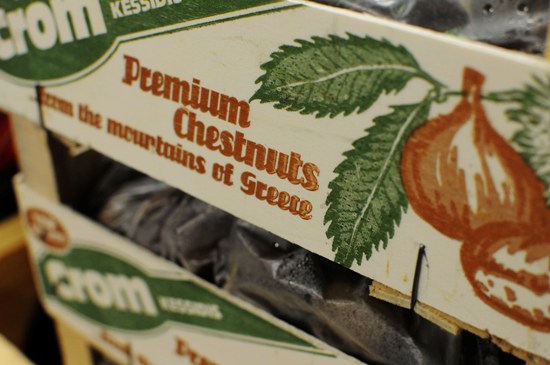 Quince and pomegranates also offer a welcome splash of colour for the plate. 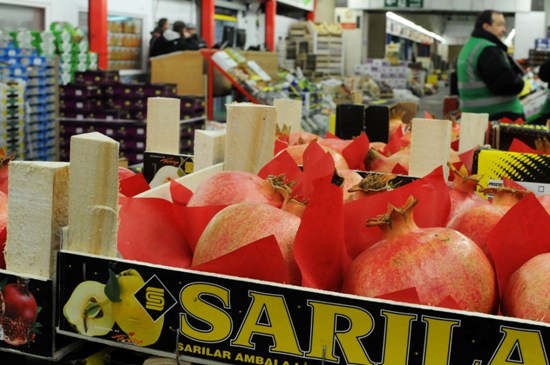 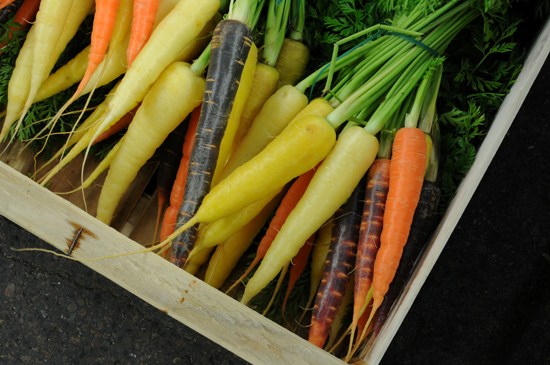 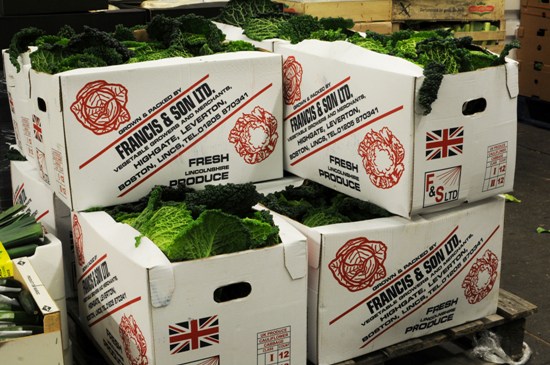 Tomatoes on the Market are typically from Italy and southern Spain, including the Canary Islands. There's still a wide selection of squashes, including Butternut from countries such as Portugal. Potatoes will remain pricey until next year. Sweet potatoes typically hail from the USA.

Outside, I spot a regular December visitor to the Market, Darren Rogers. His articulated lorry is stuffed with Christmas trees. Darren leases Unit B75 to unload and display his wares, selling around 30,000 trees each year nationwide.

"You meet all the faces, all the old regulars," he says, with a smile. Business is brisk, so I leave him with his forest of premium-quality, non-drop Nordmann Firs. 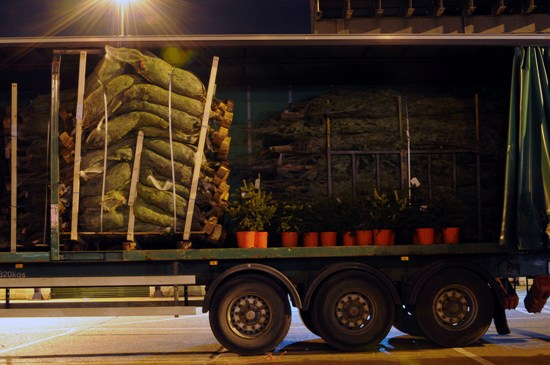 Flowers Behind Flowers with Simon Lycett and Raymond Gordon

Watch as Simon Lycett sits down to chat with Raymond Gordon for our Faces Behind Flowers series.