A trip to the market always makes me hungry. But when I spotted this mysterious message below, I became ravenous.

I asked him about the message. “Have you ever considered it might be tongue in cheek?” he replied. 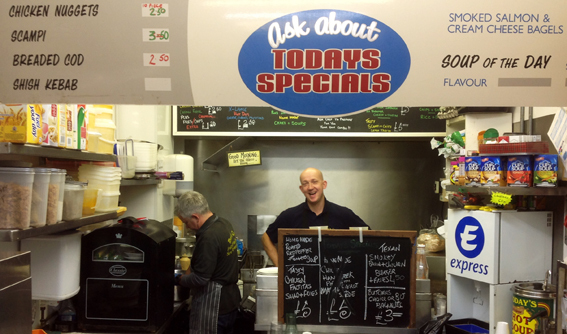 The zippy aroma of clementines and satsumas also fire up the appetite. They are a definite festive highlight this month and mainly from Spain, where the season is in full swing. “They’re eating very well,” according to Ian Taylor from P & I. 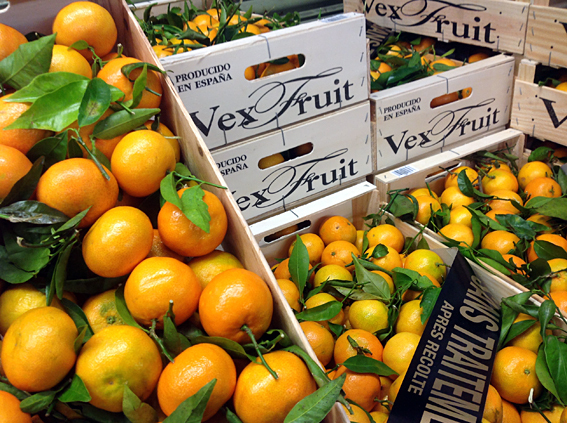 When buying these citrus, a touch of green is not to be sniffed at. In fact, some product is labeled as naturally ripened rather than with ethylene gas.

Ian believes that in the UK we’re far too swayed by appearance: “If you were to shop in foreign countries the main concern is what it tastes like. You would quite often see green produce.”

For other fruit, Braeburn and Gala (below) apples are in full flow, along with Cox, russets and both Conference and Comice pears. 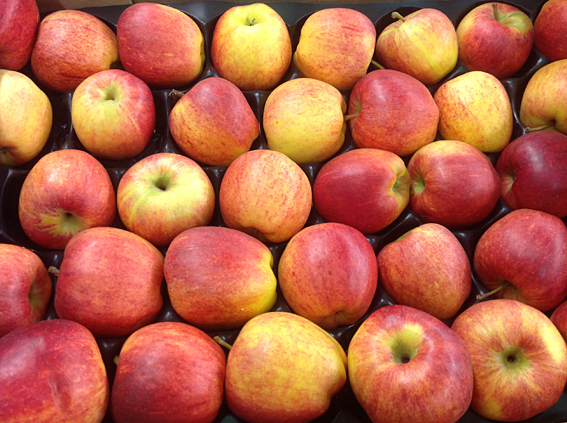 For softer fruit, British-grown autumn raspberries are eating well, like these beauties from Shropshire. 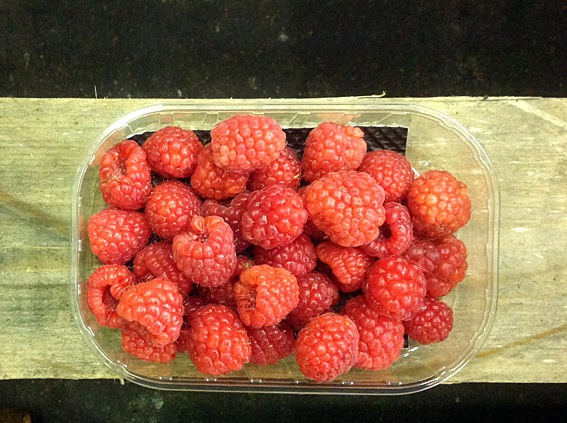 On a Christmassy note, you’ll also find fresh cranberries (some from Belarus!), chestnuts, walnuts, lip-smacking mistletoe (pictured below), holly and Christmas trees by the truck load. 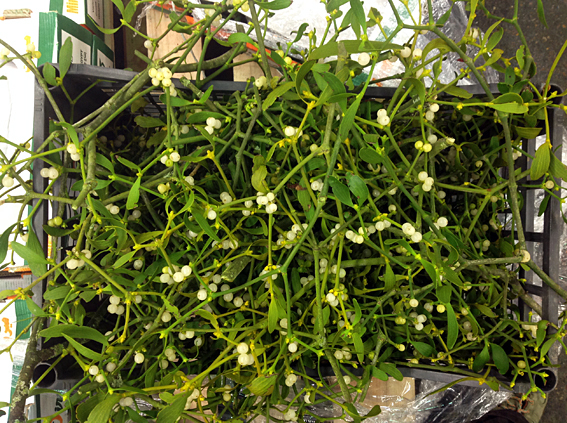 Blueberries are typically over from Chile or Uruguay, while strawberries have shifted to hotter climes in the Med, Egypt and Morocco. 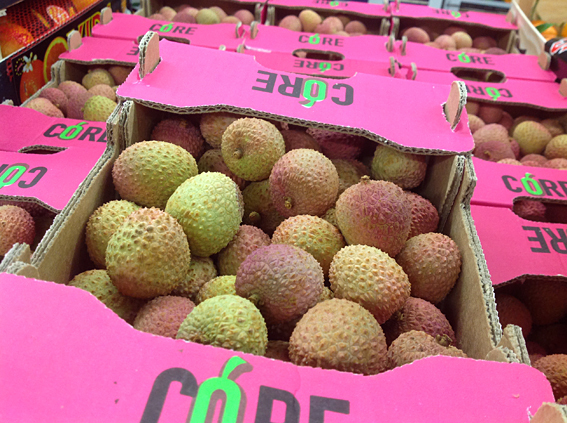 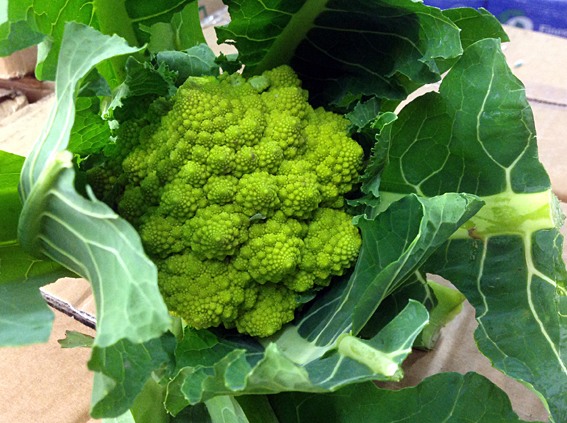 On the whole, tomatoes are often disappointing in December, but these mixed boxes were a wonderful sight over at S Thorogood. They are grown under glass by Thanet Earth, a huge and hi-tech greenhouse operation in Kent. 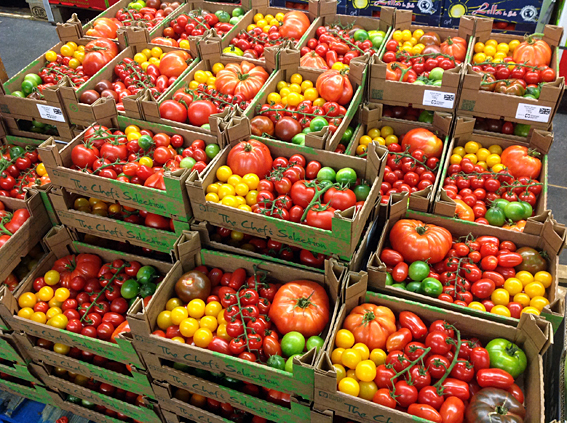 Otherwise, other veg is mainly Spanish. Broccoli and courgettes are pricey at time of writing. Other Continental specialties include crosnes (Chinese artichokes), raddichio, black radish, and, in order of the final pictures below, cime di rapa and puntarelle from Italy, rainbow chard and cipolotto onions. 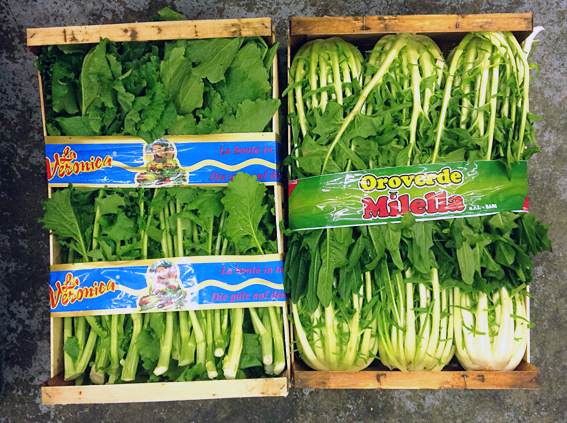 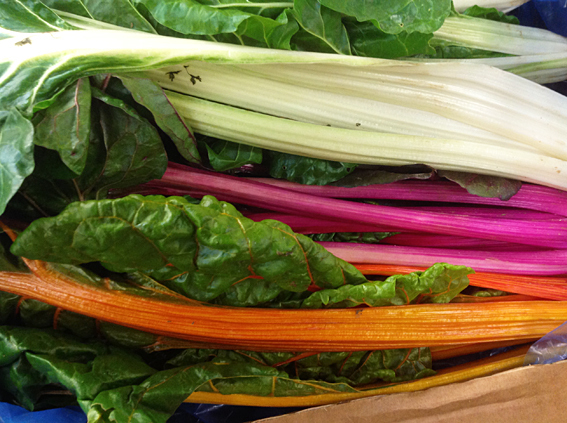 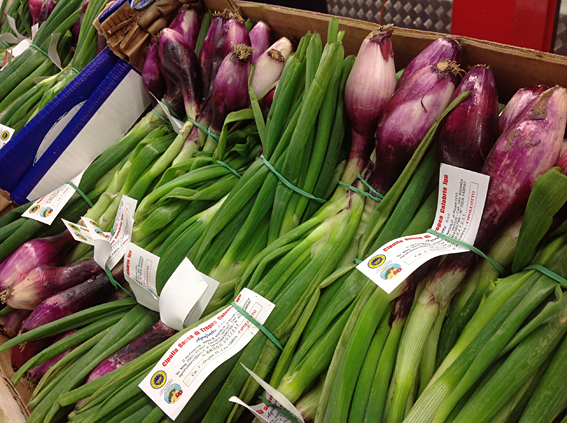 That’s it for the month, so I wish everyone a Merry Christmas before the next report in 2014.

If you’ve got any questions or comments in the meantime, just drop me a comment for a quick reply.

Discover Your New Workspace at the Food Exchange, London. 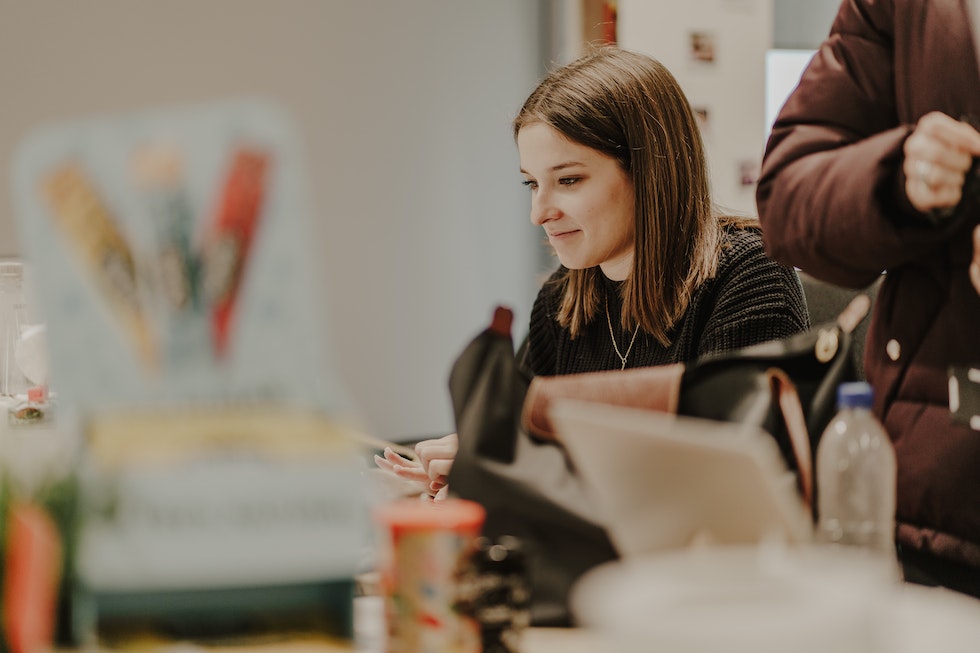 In Season at the Flower Market this October 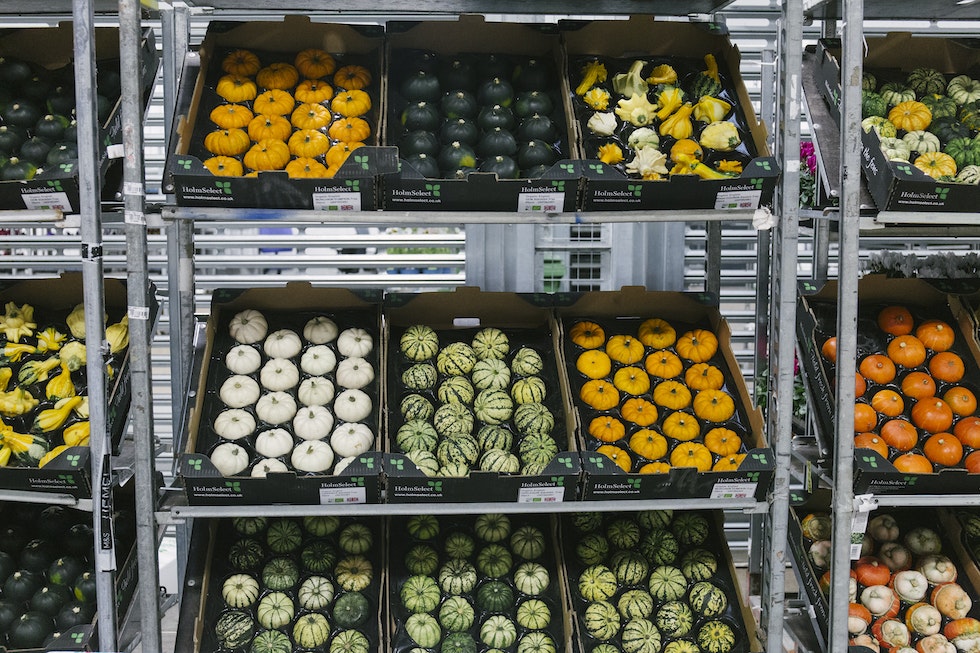 As the evenings draw in, it's time to appreciate all the wonderful autumnal flowers, foliage, plants and (possibly a few festive!) sundries at New Covent Garden Market. 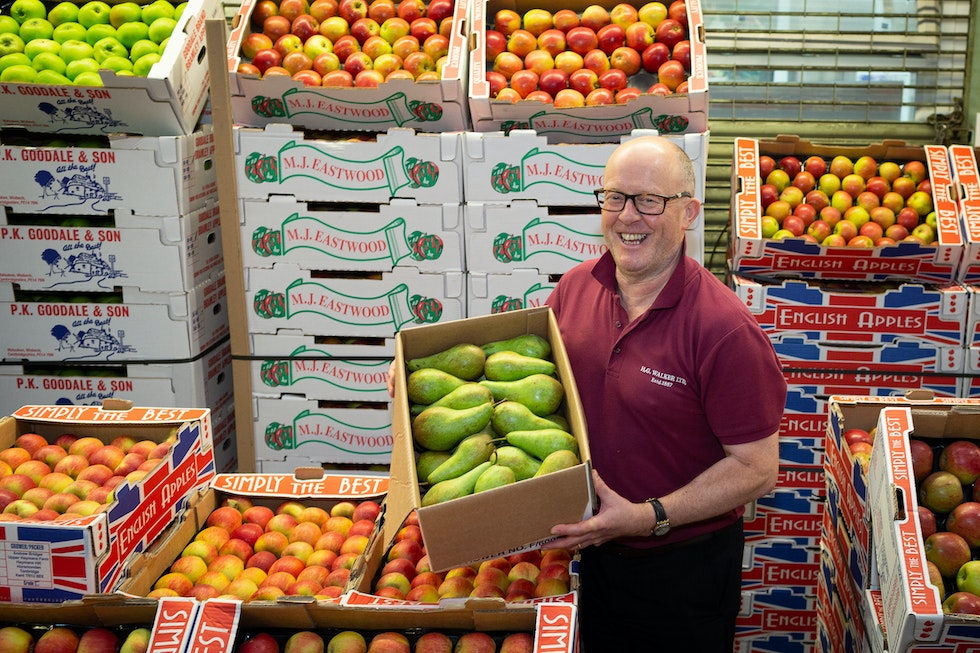