"I'm getting two lives in one," says grocer Steve Moore, describing his plans to move to Chile in 18 month's time after 40 years at the Market. 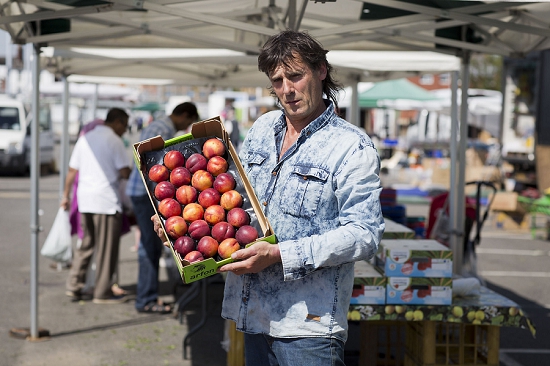 Steve has seven daughters and two sons in total. Most work in the fruit and veg trade, including Steve Moore junior ('SJ') and Marty Chandler – both familiar faces on the Market. Their grandfather was a wholesaler, too.

The family runs market stalls in Kent – on a grand scale. Steve Moore senior, for example, operates a gigantic pitch in Tonbridge Market on Saturday mornings. 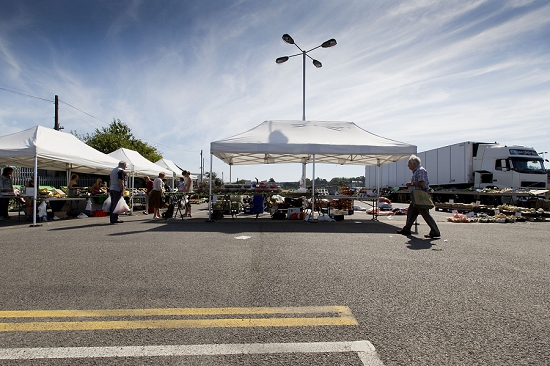 The stall stretches more than 60 metres in length in total. "14 pallets – I'm getting down to my last three," says Steve, who shows me a photo (below) of his lorry fully loaded: 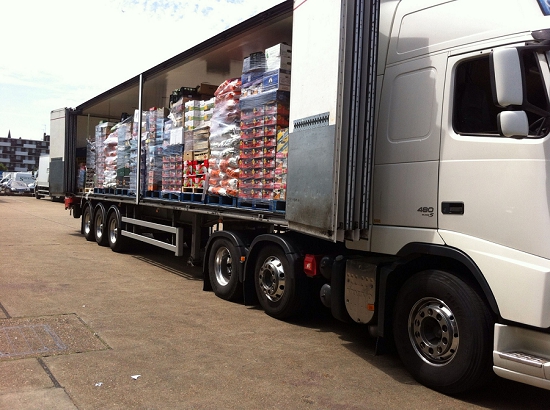 On a sunny morning, regular customers rave about the quality and low prices on offer. 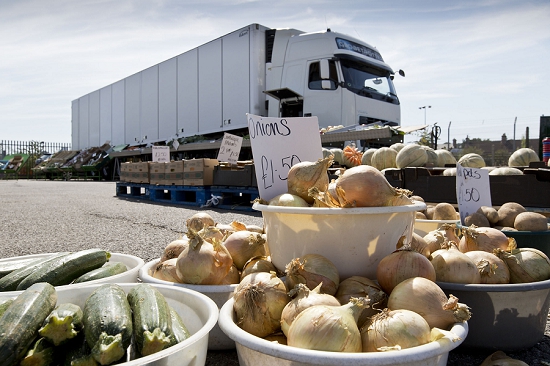 "We come because it's cheap and fresh – if we went to Sainsbury's we would need an overdraft. Where else could you buy a melon for £1 or six nectarines for £1.50?" says Piazza Gabriel. 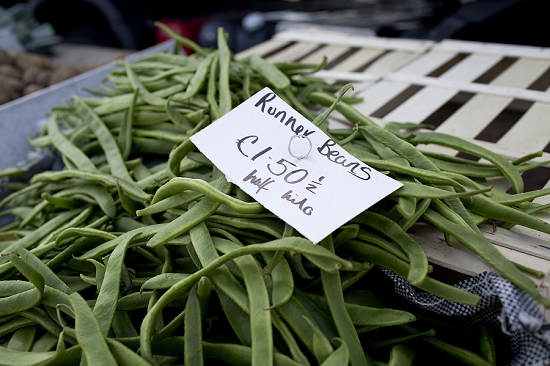 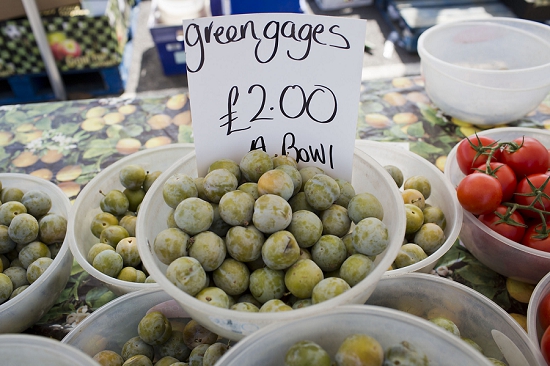 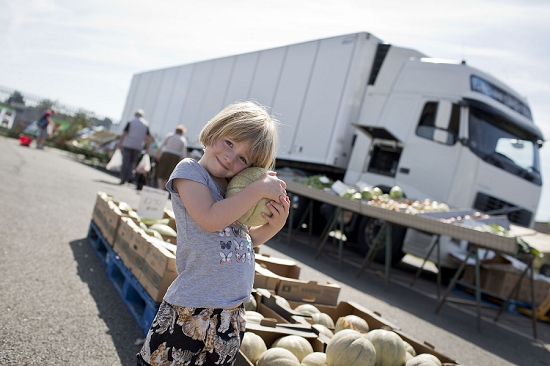 What's the secret of his success? "I think people like to talk to Steve really – he knows all of his customers," says Georgina Thomas (below left), one of the team: 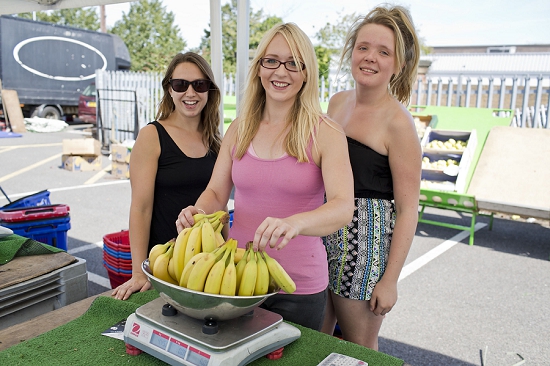 Who can blame them? He's a charismatic trader who has led an adventurous life.

Steve has travelled the world. For years, he set himself the challenge of waking up in a new country every New Year’s Day.

This is how he met his wife, who was working as a receptionist in a hostel in Chile.

Steve had met a street artist called Nicolina and had decided to help with her work.

This included modeling for a portrait of Jesus Christ. "She had me dressed up in a sheet and used my hands, feet and body - but my head wasn't good enough for Christ," he laughs.

Steve visits the Market twice a week, often with his daughter Marty, who runs her own stalls in Ashford and Whitstable: 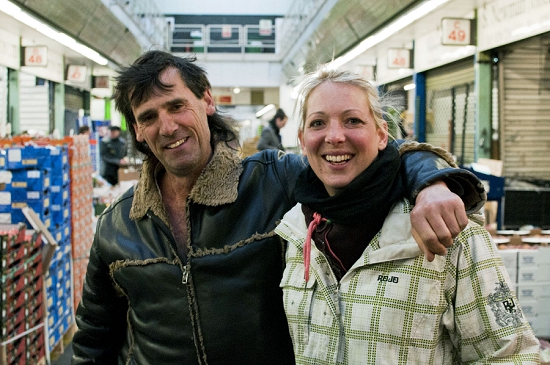 "There's an art in buying," Steve says. "It's like a sixth sense: knowing the value of something and what it will sell at.

"It's all done by look, taste, price – a combination of these three. I go on how long it will last for the customer and if it cooks well. Whether it’s a potato or a fruit it has to eat nicely."

Does he have any other advice for people buying on the Market? “ Always stick to your word. Whatever your agreement is, don't go back on it."

His son 'SJ' runs a stall in Tenterden, which I visited a couple of years ago: 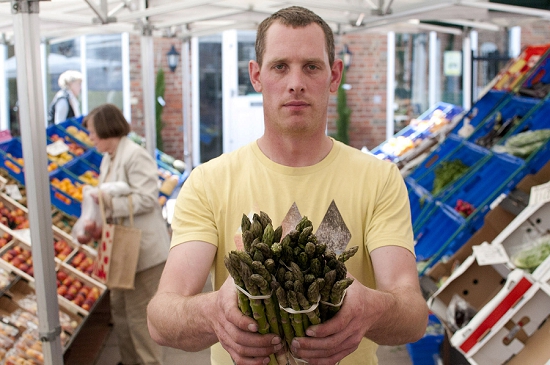 On a June morning, it was also buzzing with happy customers.

"The more you put on the show, the more you'll sell," explained SJ.

One regular customer, Tom Bishop (pictured below), raved about the service. SJ supplies special orders of papaya for his Thai wife and her friends.

"It's a service you just don't get in the supermarkets – that, in itself, makes [the stall] a destination of choice." 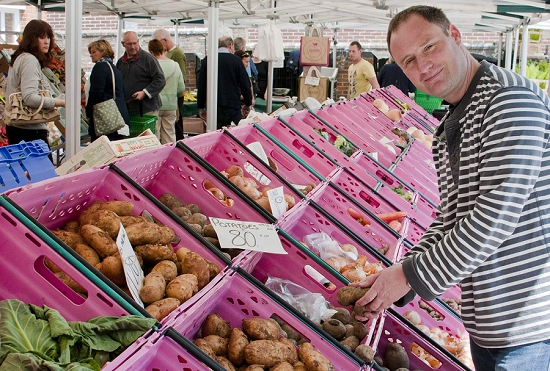 SJ created his Tenterden business from scratch: "I've built my own market, basically."

Frustrated by a long wait for a permit to trade on the council's own market nearby, he found a plot himself.

The landowner, it turned out, was Phil Edmunds – the ex- England test cricketer turned multimillionaire businessman, who owns a large number of properties in the area.

"He was very dubious at first," SJ admits. "I said if you don't like what I do, then I'll leave."

Back on his father Steve's stall in Tonbridge, customers are loading up their baskets. 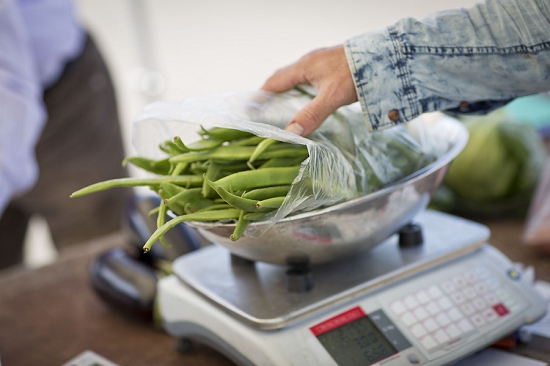 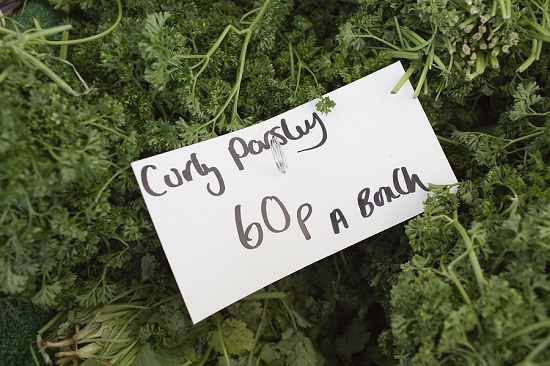 "I've been coming here every Saturday for four years," says Ruth Aylen (pictured below). "It's good value and a there's a wide range of seasonal produce. I'm a dietician – so I know the value of good quality fruit and veg. It's also nice to support the independent trader." 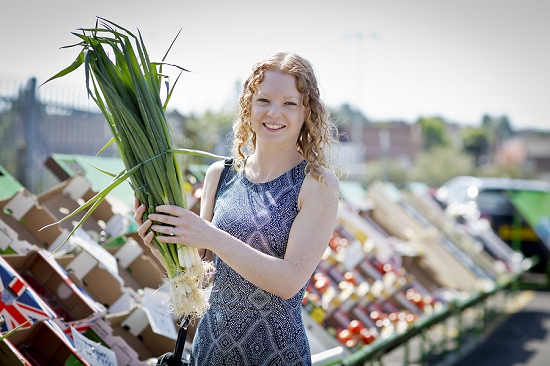 "It's very reasonable. And he's a nice guy - his behavior is very good too," says another customer, M. A. Sattar (pictured below). 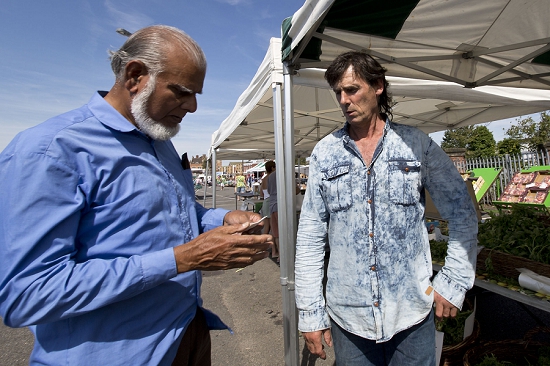 Steve describes how he likes to take his family outdoors when he has a day off. "Some people would go to Peppa Pig World but I would rather take them out into the countryside or seaside."

His two youngest, Axel and Antonella, will accompany him to Chile for their new life.

"This is like a second chance for me," he says. "Instead of being a grandfather I'm a father again, as though it was the first time. I'm getting two lives in one."