Grocer Darren Cox, 44, has decided to learn the saxophone. When I call his mobile on a Monday morning, he's just back from his weekly lesson.

That's after a busy weekend which included spending time with his four sons, a birthday party, watching the boxing and a Sunday session managing the kitchen operations of his local rugby club.

"You've got to be into whatever you’re doing," he says. And with energy like this, it's no wonder that Darren has built up a thriving business. 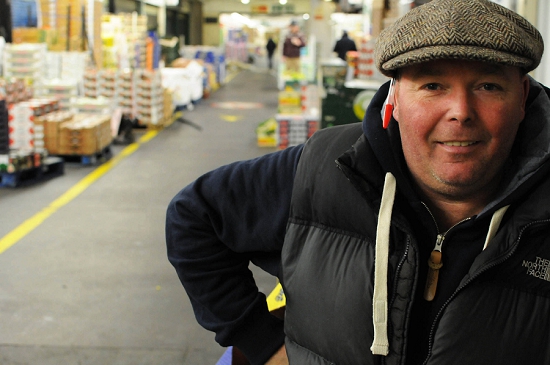 He trades in Suffolk and Essex, with stalls in both Sudbury and Chelmsford, as well as a sideline supplying local cafes and restaurants. 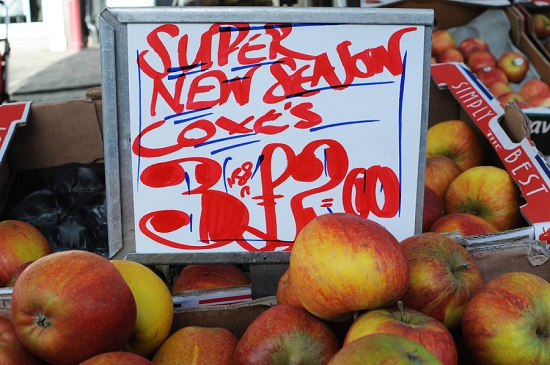 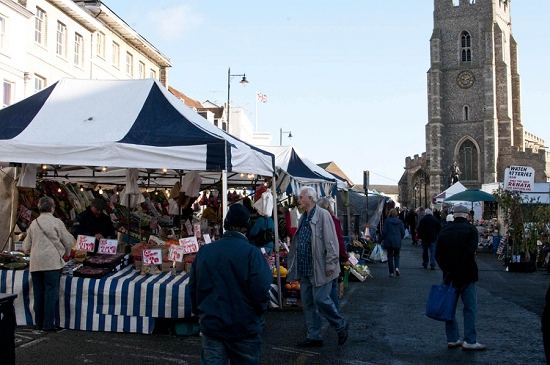 He visits New Covent Garden Market two or three times a week, spending the two-hour journey each way either calling wholesalers ("getting the heads up on a bit of gear"), chatting to mates or listening to audio books – the last was 'Always Managing', the autobiography of football manager Harry Redknapp. 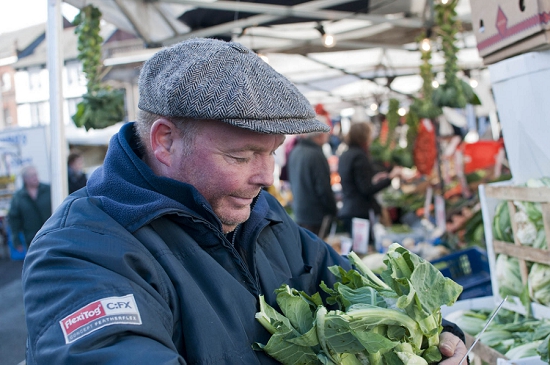 "When I left school at 16 I was going to be a YTS mechanic on 25 quid a week," he says. But a summer job helping out on his brother's stall for a weekly wage of £175 persuaded him otherwise.

These days, nearly thirty years later, he employs up to 8 people on his stalls and sells 70-80 lines of produce – from chillies to flat leaf parsley. 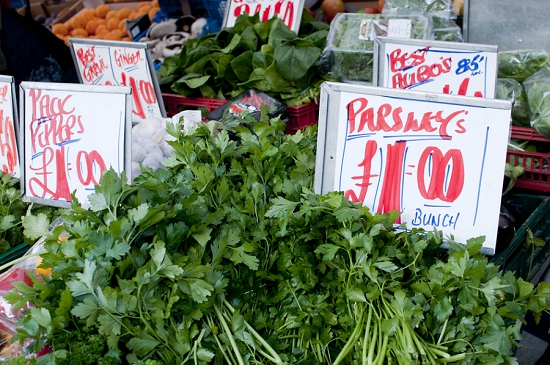 "In what we do we are quite professional," he says. "We have nice clean lorries. All my staff have uniforms. We are trying to up our game, to be better than just a market a stall."

He is rightly proud of the displays on his large, well-stocked stall. "We have a go don't we? You want a try and be the best you can be at something." 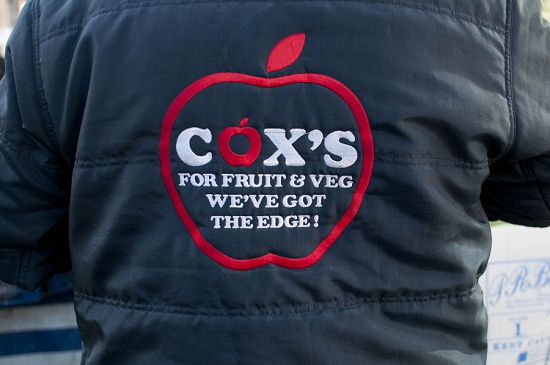 I visited his pitch in Sudbury on a Thursday. It's an attractive market town at the end of the train line. ("It's like an island. Half an hour from anywhere," says Darren).

It's clear that his customers love what he offers. "He's a brilliant businessman, he really is," says local John Blandon. "Darren always has a cheeky quip," adds his wife Chris.

The bustling market trades on Thursdays and Saturdays, selling everything from spices (see picture below) to crystals. 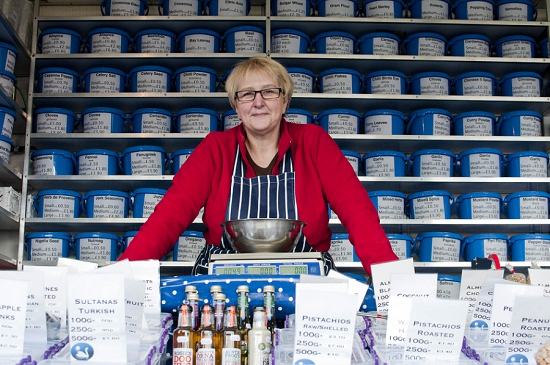 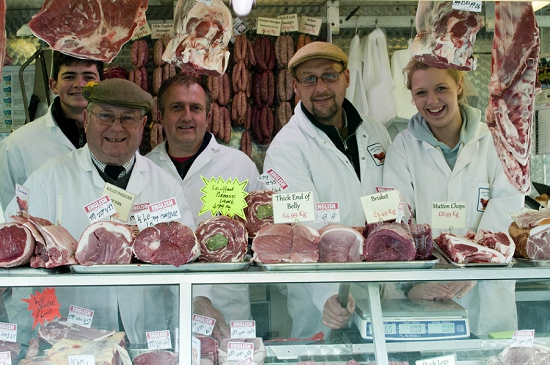 On this Thursday, Darren's wife Gillian is helping out – a rare bit of emergency cover due to a staff shortage. "I work only when I have to, my lovely," she says. "I like the serving but Darren enjoys the buying – that's the thrill of it for him." 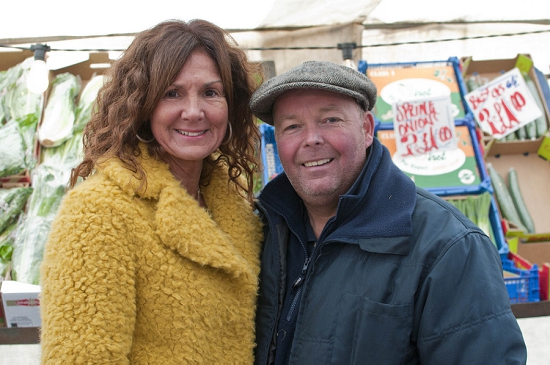 Later, Darren explains that he started out buying at Spitalfields. He sold cheaper produce in those days, but got himself into difficulties.

"I call it the Class 2 trap," he says. "I was then on my arse scratching about wholesaling strawberries and bits and bobs and working a few boot sales."

He then slowly worked his way back into markets full time, before trader friends Billy Grimwood and 'Mad' Martin Hart introduced him to Covent Garden around fifteen years ago.

Now he focuses on higher quality produce that lasts. "A lot of tradesman in New Covent Garden swerve me off any gear that doesn't have the legs," he says.

Watching him work is a pleasure. On the day I visit, cauliflowers are on special offer – two for a quid. 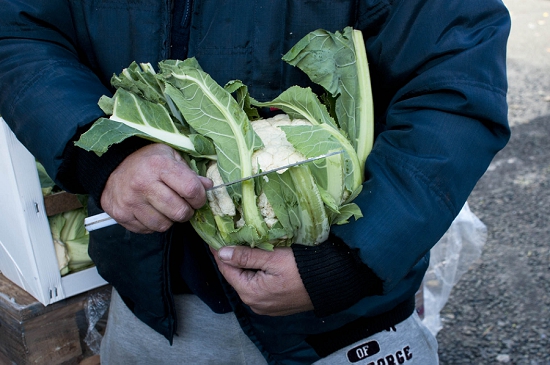 "Being a market trader he knows how to turn a penny into a pound," observes a friend from the rugby club, where Darren helps out by managing the commercial side of the kitchen operation. "That type of skill is just what you need."

But his other skills are also in demand. The club has booked him and his saxophone for their Christmas party, which will probably include a rendition of 'Summertime' by George Gershwin.